I’ve been reading but haven’t had time to write “real” reviews lately, so here are a few mini ones! Have you read any of these? Please let me know what you thought in the comments! 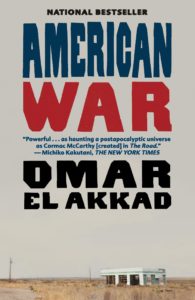 This book was so totally outside of what I’d ever choose for myself, but it had some redeeming qualities! It was for the book club I’m in (Girly Book Club). The first half or so of the book followed a coming-of-age plot line, and although it was in a future dystopia, I have to admit I kind of enjoyed it. The world that author Omar El Akkad builds is startlingly easy to imagine, and although I couldn’t identify at all with the main character, Sarat, I could see how the situation she was in could shape her into what she was.

Overall, though, the coming-of-age turned into….eesh. War, dystopia, death, destruction. It was good for what it was, but I didn’t love it. 3 stars. 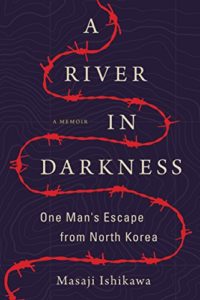 A River in Darkness: One Man’s Escape from North Korea

This was another one from my book club. This book….yikes. It’s a memoir, which I normally enjoy, but this one was hard to read on several levels. First of all, it’s extremely lacking in emotion in the writing. Granted, it was translated, but every sentence is droll and ends in a period. It’s a short book, but this made it feel long to me. It was just hard to get through.

Secondly, this man has zero happiness in his life, so every single piece of this story is hard to read and awful. Obviously living in North Korea at that time (and probably still) was incredibly awful, but dang, it’s hard to read. This really wasn’t the author’s fault as it’s a true story, but I have to make it one of the reasons I did not enjoy reading this book.

Thridly, after finishing this book, I searched the author and found a story about how the media foiled his plans to rescue his family from North Korea, because he was recognized as the author of this book. How flipping sad and awful is that?? Terrible. 2 stars. 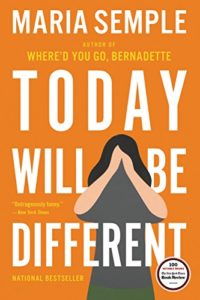 Today Will Be Different

I had heard that this book wasn’t as good as Semple’s previous novel (Where’d You Go Bernadette), but had to read it and see for myself. For the most part, I agree that it wasn’t “as good”, but I did think it was good in its own way.

Maria Semple is an author that writes with quirks, and I tend to like quirky. However, this one was so quirky, I had a hard time keeping straight what was happening in the plot. It jumps all over the place quite a bit and it’s hard to figure out exactly where you are in the story at times. That’s really the only thing I really didn’t like about the book. It does parallel the weirdness/craziness of the protagonist’s day and personality, though, because she is pretty dang odd.

This book redeemed itself for me in the end. I had a hard time with the jumpiness and it took some time to get into it, but then I became invested in the main character’s life and felt some empathy for her. Overall, I’d say put it on your TBR but give it time to turn into the kind of book you want to read. 3.5 stars. 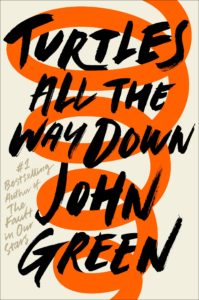 Turtles All the Way Down

Definitely saving the best for last! I don’t read much YA, but I heard great things about this one so I was excited to read it…and it didn’t disappoint.

I think a lot of people have no idea what it actually means to live with anxiety, and Green does an amazing job of delving into the mind of an anxious person. Of course, there are many, many different types and ways in which people can live with anxiety, but I LOVED what Green did with this particular manifestation.

The protagonist, a teen girl, is just trying to find her way in high school life while navigating living with anxiety. There’s a love interest, a friendship, family life – so many relationships explored that made this book so good. I highly recommend it and give it 5 stars.