Dunbar by Edward St. Aubyn is part of the Hogarth Shakespeare Project, which I’ve been making my way through over the past almost year, as they’re released every so often. It’s been hard not to compare them all to each other, since they’re all a part of this same project, but they’re all by such different authors! Each book reimagines one of Shakespeare’s iconic plays. I’ve read and reviewed:

There are currently 6 books out in the series – Dunbar was my 4th read. This was a retelling of King Lear.

I have to admit, I struggled through this one. I was definitely on the struggle bus to finish it! I wanted to know what happened and that kept me going (even though you can easily predict the ending if you know the Shakespeare play), but this book felt a little too Shakespeare-y for me. I mean, that’s the whole point, right? That’s it’s Shakespeare-y? Yes of course, but when you’re retelling something, you have a little leeway. Instead, I felt like St. Aubyn got stuck in the huge cast of characters that Shakespeare loved so much.

In Dunbar, an aging media mogul (Dunbar) gets put into an assisted living home in the mountains by his two evil, scheming daughters. The daughters are plotting to take over his gigantic company, pushing him out so that they can take over the fortune. The main premise of the plot is that Dunbar escapes into the hills and countryside surrounding the facility, doing his best to foil his daughters’ plans.

Out in the wilderness, Dunbar begins to wonder if he’s actually losing his mind. You see, to get him put into the facility, the daughters gave him a drug that made him hallucinate and appear out of his wits. He’s been on pills ever since, but goes off of them when he escapes into the countryside. He wanders, perilously close to death, and has these deep interactions with nature where his mind seems to go sideways.

It was these moments on the book that lost me, where Dunbar is seemingly losing his mind. They’re long chunks of just too much detail that had me a bit bored. Here’s a paragraph in the style I’m talking about:

He stood on the flat stones, facing downstream, imagining that the glassy water spilling over the gray rocks in front of him and tumbling into a foaming pool was also flowing through his troubled mind and washing away the confusion and dread that kept threatening to take it over. As it ran down the hill, the stream looked to him like an incision, a comparison that immediately gave him the mad feeling that a surgical knife was running down the center of his own torso. He moved his attention hurriedly on the the serene expanse of Merewater, but the sight of the now distant car park in which he had parted from Peter assailed him with a sense of bereavement that he didn’t want to dwell on either. When at last he dared to look up he saw a canopy of thin broken cloud and, behind it, the detached blue of the upper sky flooded with light. The clouds themselves appeared to be racing toward him, funneled by the high hills on either side of the lake toward the pass at his back, making him feel trapped at the convergence point of a horizontal V….

The paragraph goes on, as does the chapter, in this style. I often like detail like this, but there were so many passages like this that I just got bored.

My other issue with Dunbar was the number of characters. Closer to the end of the book, you get pulled into the daughters’ plan to take over their father’s company, and you’re made privy to the multiple possible investors and businessmen looking to get a piece of the pie. Maybe it was the fact that I was already a bit bored that made it hard to follow all of this because I wasn’t paying enough attention, but the full Shakespearean character list was here.

Of course, the book being based on a Shakespeare play means it ends in dramatic fashion, which injected some interest back into the story for me, but it wasn’t enough to change my mind about the rest of the book. It was well done in general, but I just wasn’t super interested in it overall. 3 stars.

Thanks to Blogging for Books for providing me with a copy of Dunbar in exchange for a fair review. 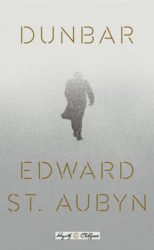