Annie, another LQ contributor, works for a publishing company in Minneapolis and asked if one of us would be interested in reviewing the YA novel Paper Butterflies by Lisa Heathfield. Everyone else wrote back and said they’re not fans of YA or didn’t have time. That left me! I hadn’t read any YA in a long time, and I actually find YA refreshing and if it’s well written, incredibly powerful. Paper Butterflies did not disappoint.

June’s life is hard. Her mother died in a tragic drowning accident and her father remarried. Her step-mother and step-sister are awful to her, in ways that are stomach churning to think about. When she turns 11, June receives a purple bike for her birthday and she finds freedom wherever her bike will take her. On a bike ride, she finds Blister, a boy her age with a big family and a penchant for medical terminology and creating masterpieces out of paper. June’s life starts to become bearable, but then something happens that no one can take back.

Wow. This book blew me away. I haven’t read a book that has viscerally gutted me like this one in a very long time. The language and writing are accessible, easy to understand, and tackle issues all adolescents experience, even if their situation isn’t as dire as June’s. I love YA authors who don’t condescend to their audiences — teens are smart, capable, and we don’t give them enough credit. The feeling of secretiveness and hopelessness felt a lot like Speak, another powerful YA book with dark themes.

And the ending. Oof. I was wrecked.

I think you should read this, even if you’re not a teen. Even if you think you don’t like YA. Paper Butterflies was, plain and simple, a good read. 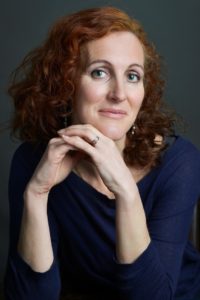 I was lucky enough to get a guest post from the author, Lisa Heathfield, about Paper Butterflies. So, without further ado:

I never set out to write a story about abuse. I was actually working on another book when June literally walked into my room one day and asked me to write her story instead. She was as real to me as anyone else – and she was quite demanding! Eventually I told her that I’d write her first few paragraphs, as a sort-of promise that I would come back to her, but then she must leave me for a while.

Well, after that June took a step back for a bit, although she was definitely still there. And it didn’t take long for her to pester me again. I phoned my editor and asked what I should do. As soon as I told her about June, she said that this was the book I must write. I started that night and just under four weeks later the first draft was finished.

June’s story overwhelmed me. I’d sit at the kitchen table with my pen and notebook and write and write until my hand was swollen and my other hand swelled up in sympathy (this is true! I’d wake in the night with pain in both hands). The only thing I knew was where the story was heading – the part which is now the ‘twist’ – the rest I discovered day-by-day.

I have a strange way of writing – my ‘writing spirit’ takes over and when I look up from the page hours later I can’t recall most of what I’ve written. It’s an exciting process – it feels like I’m reading the book for the first time, so I’ve no idea what’s coming next. When it’s finished and I type it up, it’s always a surprise to find out what’s in there.

June suffers horrifically at the hands of her step-mother. She’s also tormented by racist bullies at school. Writing about her life broke my heart over and over. Yet it was an honour to spend so much time with her. June is strong and beautiful and she forges her own secret path to freedom from her everyday life.

There is a lot of hope and love in Paper Butterflies too. When June is ten she’s given a bicycle for her birthday and when exploring she stumbles upon a field of broken down trailers. And in those trailers is Blister. June has never met anyone like him and their friendship is instant. He makes her angels from paper and she encourages him in his dreams to be a doctor. In Blister and his family, June finds people who love her completely.

The response to Paper Butterflies has been beyond anything I could have hoped. It means everything to know that people love June as much as I do. I know that it’s a traumatic book to read. And I know that it raises difficult questions – about the cycle of abuse, about what makes so-called ‘monsters’. But I also believe passionately that this needs to be written about and spoken about in such a way. Because abuse thrives on secrecy and it’s only by throwing it out into the open that we leave it with nowhere left to hide.

I'm an eLearning developer by day and a foodie, Netflix enthusiast, and book lover at all times.

5 YA Books Without Romance